by Charles Roring
Children and teenage boys in Abasi beach began to learn surfing at early age. They took wooden boards which their mothers used for washing clothes to ride waves that were located just a stone throw away from their houses. These boards did not have fins. After months of practices, finally, they were able to ride waves with their wooden boards. 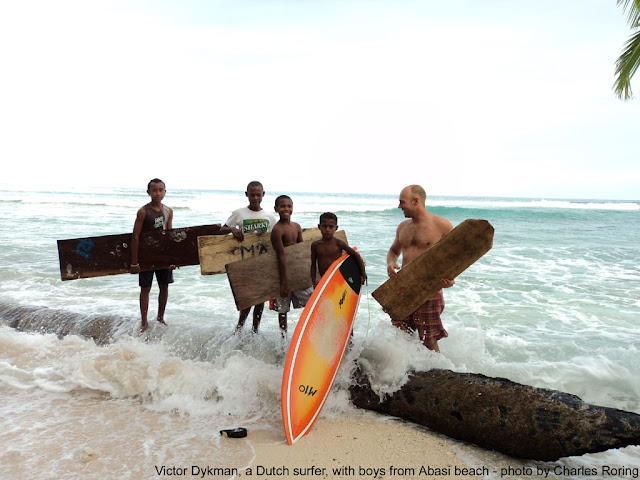 Their actions attracted the attention of a small number of western tourists who visited Manokwari. Some of them were experienced surfers who were willing to help these local surfers. Now the youth of the Abasi beach have got around 5 standard boards that are made of foam and reinforced with FRP material. Abasi village is located just around a 20-minute ride from Manokwari. 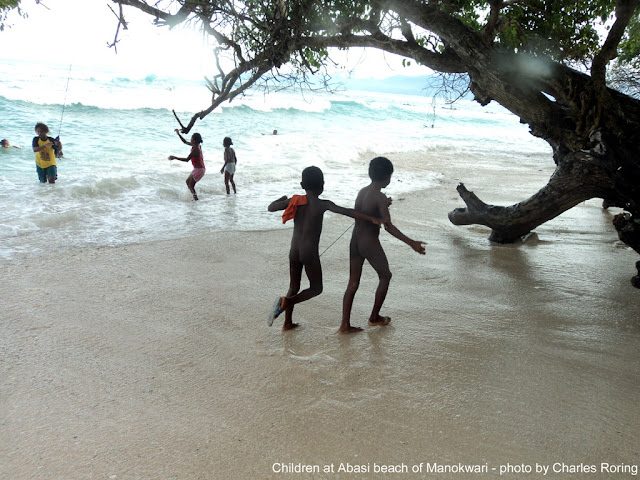 Some people may look sad when they see that the youth of Abasi now ride the barrel waves with standard surfboard instead of their traditional wooden ones. I personally want to see the children, teenagers and young adults at Abasi beach surf with wooden boards. But I believe that they deserve better boards. 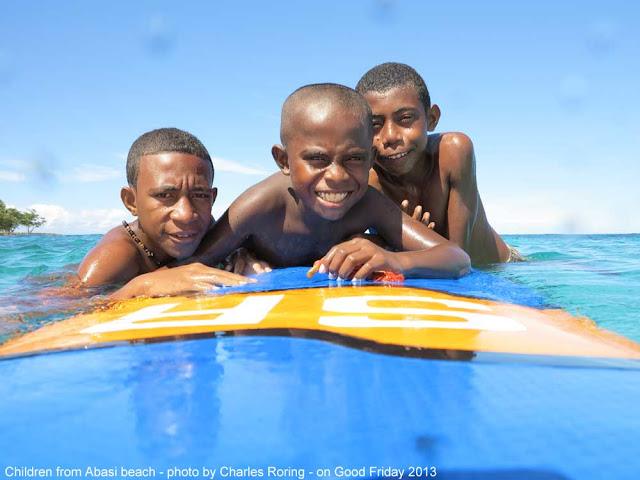 If we really want to see them that way, at least, we have to find ways that can help them ride wooden boards that are locally manufactured with improved design and workmanship. This type of wooden surfboards is environmentally friendly and has received the touch of modern technology. Modernized wooden surfboards will have streamlined forms that are needed by every professional wave surfer. 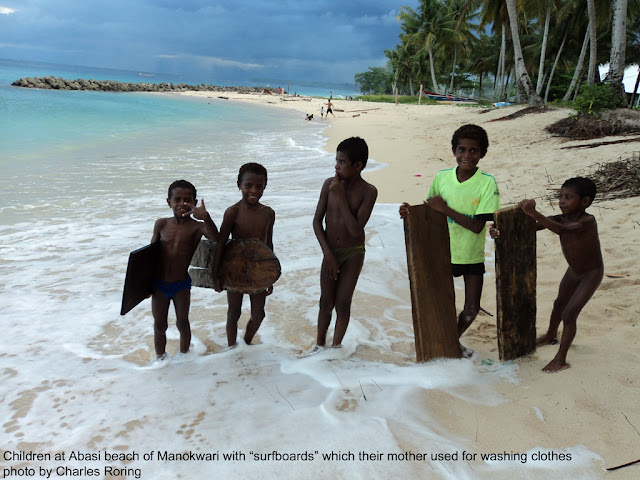 I used to have some conversations with Phil Goodrich and Emiliano Cataldi, two international surfers from SurfExplore team to find possibilities of designing and locally manufacturing wooden surfboards once Wave Surfing in Manokwari becomes well promoted and developed. West Papua is abundant of tropical wood. There is one species that is light and strong. We call it kayu susu (meaning milk wood). Its color is white and strong enough to bear the load of an adult wave surfer on the water. I hope that this dream of locally making an eco-friendly surfboard can be realized in the future. If you  are interested in traveling and surfing in Manokwari, please, contact Salo Rumadas by email to abasisurfingklub@gmail.com.
Diposting oleh Abasi Surfing di 04.09